This is about Day 1 of the 2019 Modern Warfare Week in Fayetteville and Autryville, NC. See other recaps of the rest of the event on our blog.

This is the first time we’re doing Demo Days, so we weren’t totally sure what to expect. But because of the rain on setup day, we knew we still had a good amount left to do, so it was an early start!

This is about Day 1 of the 2019 Modern Warfare Week in Fayetteville and Autryville, NC. See other recaps of the rest of the event on our blog.

This is the first time we’re doing Demo Days, so we weren’t totally sure what to expect. But because of the rain on setup day, we knew we still had a good amount left to do, so it was an early start!

We handled some fun logistics… like the tent company bringing lights, but no way to power them (to be fair, we didn’t specify that the lights needed to work). But overall we were on time with our morning schedule of Safety Briefings, Registration, and opening the Exhibit Tent. 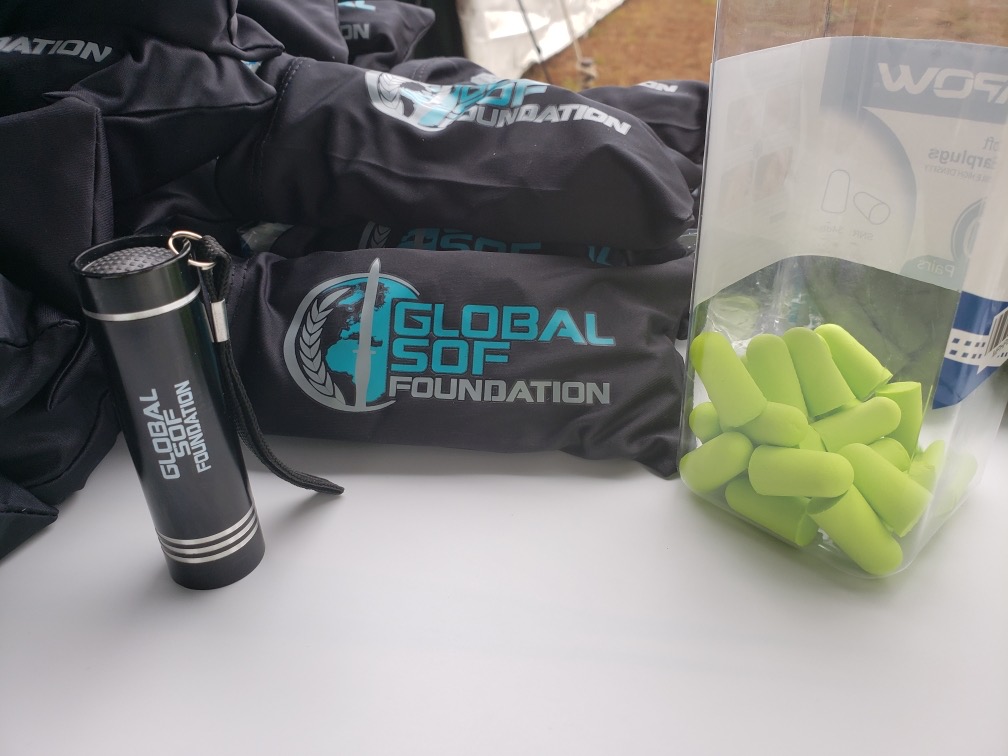 We had a good morning rush of attendees–very “Army”-ly showing up early and ready to get started! 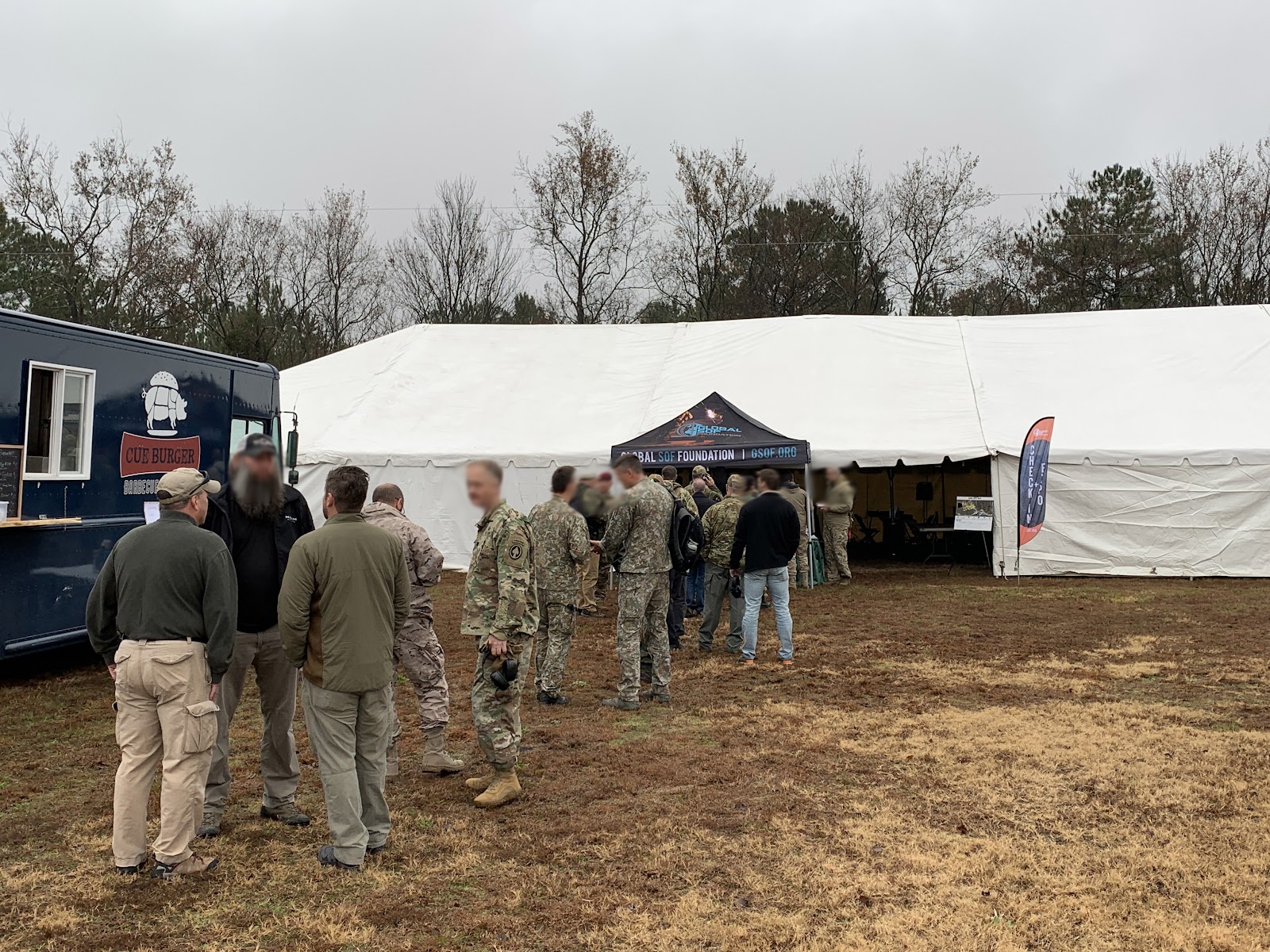 So here’s a look at how we all spent the day at The Range Complex!
–

Fire in the Hole!

The event was meant to be pretty free-flowing, with most companies available throughout the day for demonstrations as people walked up. Here’s who you could find at each station:

There were some pretty cool capabilities across the board, from bullets that may have set a world record by shooting through 14 ballistic gel blocks (DSG Technologies) to robotic targets that move around with inspiration from human movements (Marathon Targets).

Some of the demonstrators had more strategic timelines though, Forcit Defence’s Hailstorm Demos. And if you missed the Hailstorm Demo… well, you really didn’t miss it. The explosions rocked the range, but the ability to precisely aim the fragmentation was very impressive. 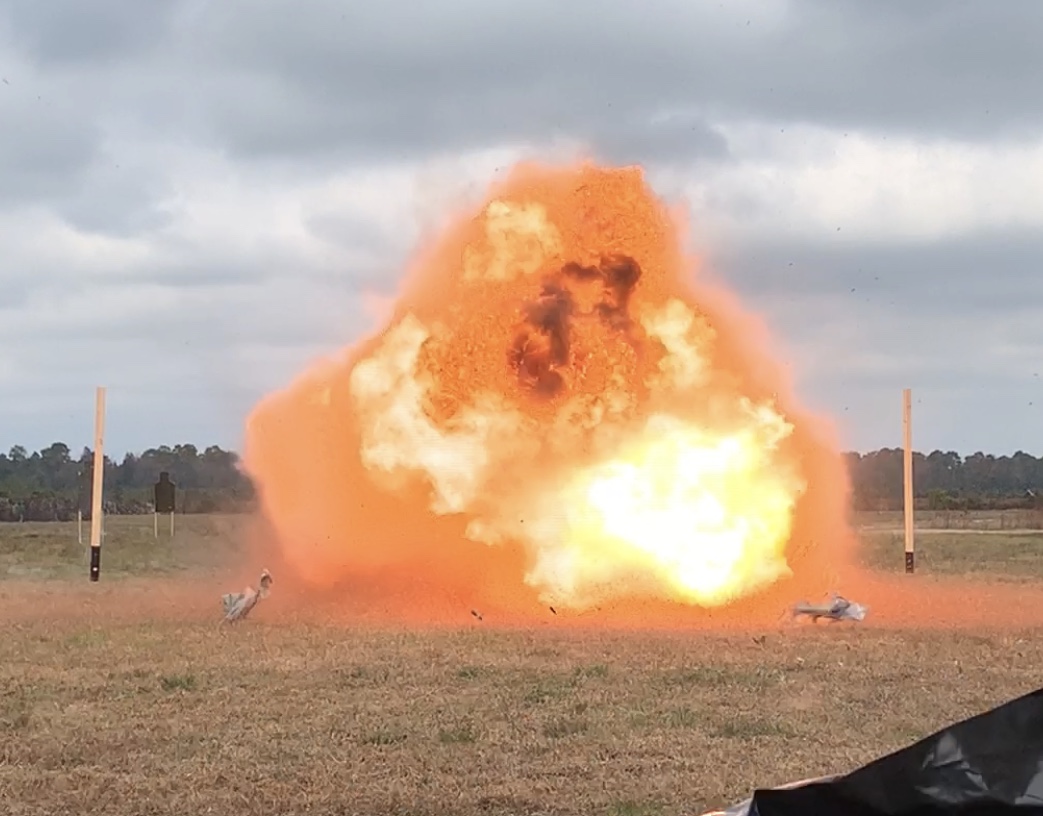 We had the opportunity as a team to see one of the explosions up close… and we mean very close. They really do yell, “Fire in the hole!”

The Global SOF Foundation launched a podcast this year called SOFspot. If you’re not yet a listener, now is the time to dive in, because we have some awesome episodes coming up after the recordings we did today!

The first was with MG (Ret) Ken Bowra–a true living legend. He served in the U.S. Army from 1970 to 2003, where he served as a U.S. Special Forces leader in the Vietnam War and Cambodian Civil War.  He’s also worked with the CIA and JSOC, and participated in the U.S. invasion of Grenada, the Somali Civil War, and First Gulf War. To say that he’s seen some action is an extreme understatement. 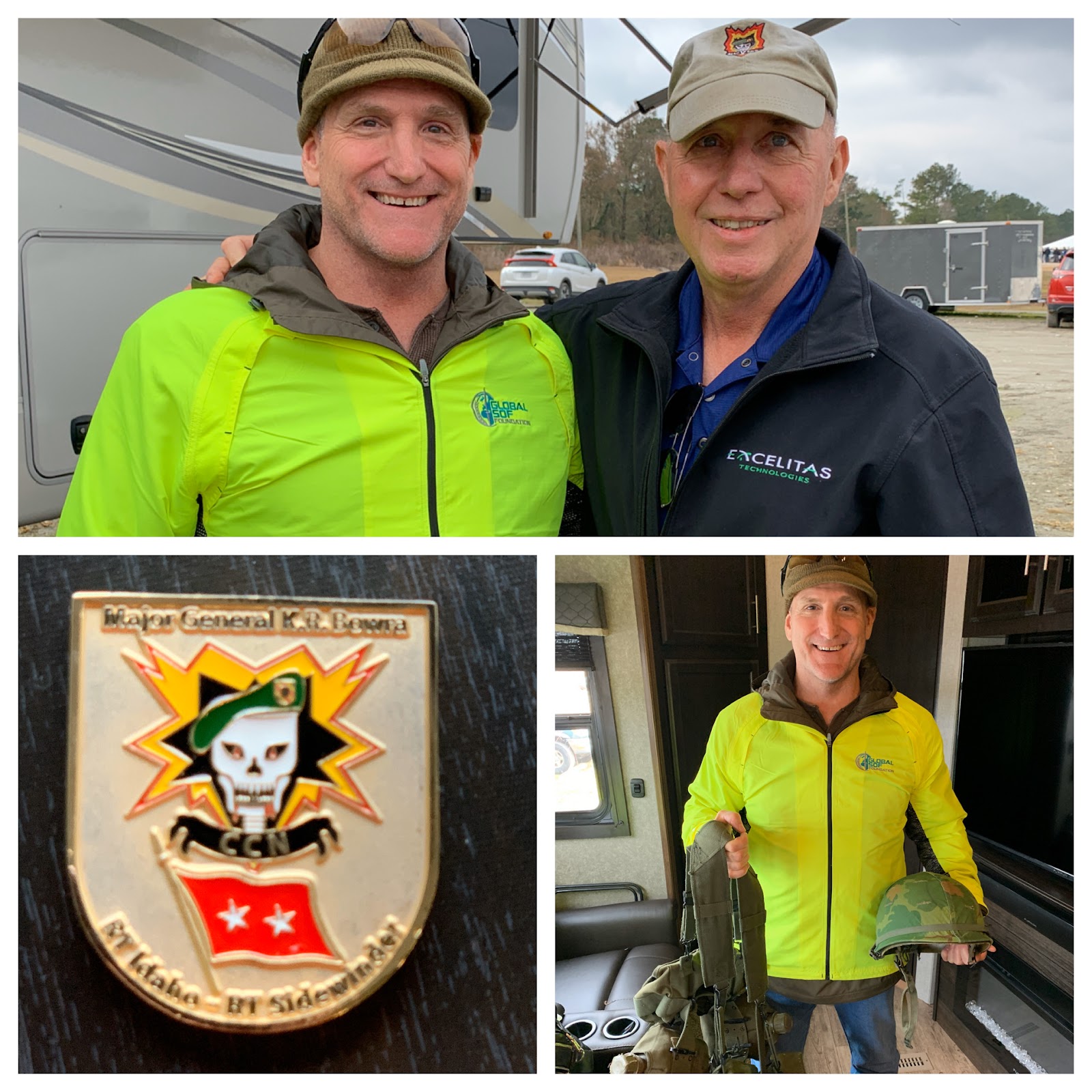 GSF Director of Marketing and SOFspot Podcast Host, Chelsea Hamashin, and our own living legend CSM (Ret) Rick Lamb, joined MG Bowra in our makeshift podcast studio that we setup in the onsite 5th Wheel.

It was a little cozy, but we dove right into an awesome conversation about Military Assistance Command, Vietnam – Studies and Observations Group (MACVSOG) and different mission profiles in the war. 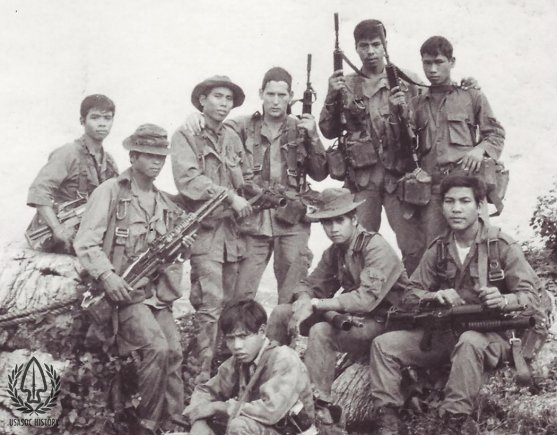 In the afternoon, Chelsea was joined by GSF President Stu Bradin in the 5th Wheel for round number two, this episode featuring LTC (Ret) Jim Reese. LTC Reese retired out of the U.S. Army’s heralded “Delta Force” in 2007 after 25 years of service as a decorated combat leader.

Jim and Stu go way back, so there was plenty to talk about. We covered how Jim ended up joining the Army, Operation Anaconda, and what he’s done since getting out of the Army.

Two themes were obvious throughout: mistakes are cyclical and recur in each generation and that both were humbled and honored by their service with good people.

Demo Days soon turned into Demo Nights, as the weather got a little better and we were treated to a real sunset. 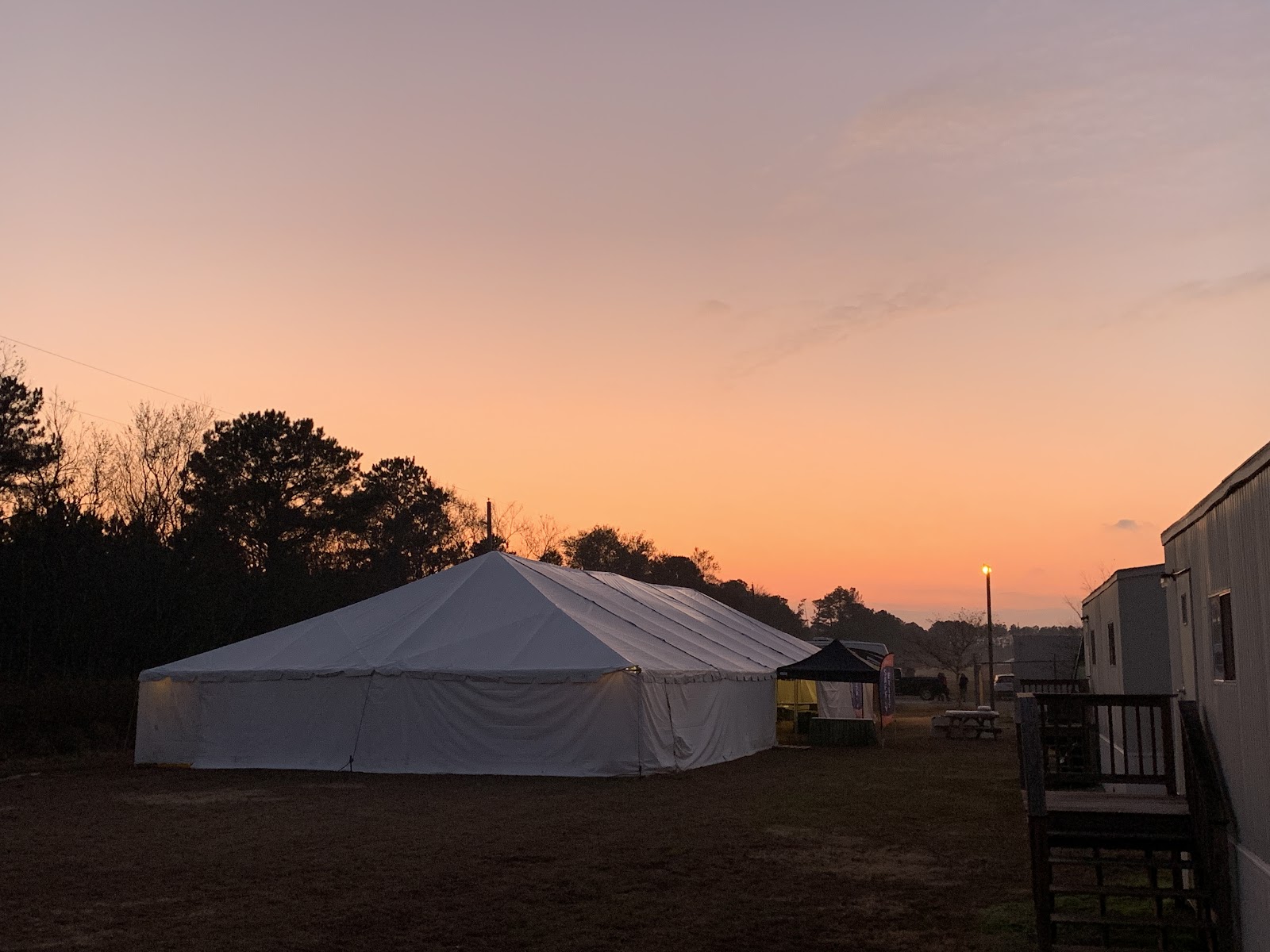 Sunset over the Exhibitor Tent at the Range Complex

Having the opportunity for some night shooting is key to the event, because it allowed us to test out some thermal targets, glowing bullets, and a whole array of night optics. 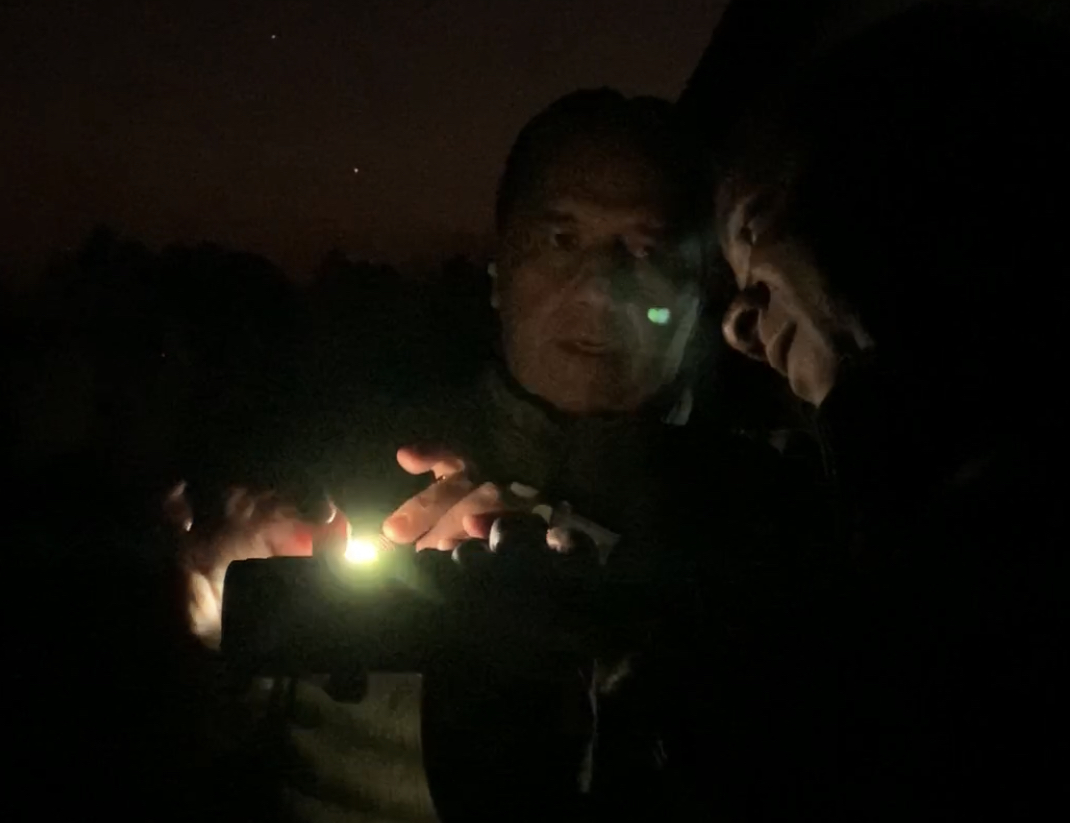 It was a small but mighty crew out there, and a great way to end the day.

Speaking of the end of the day, we do want to give one shout out to the food truck on site that provided us with breakfast, lunch, AND dinner: Cue Burger. One attendee told the chef on board that it was, “possibly the best barbecue I’ve ever had”… and we’re inclined to agree!

The Best Idea We’ve Ever Had

Speaking of a “best ever,” we do want to mention one thing that was a frequent talking point of the day: the Global SOF Team jackets. They were matching. They were quality. They were BRIGHT. 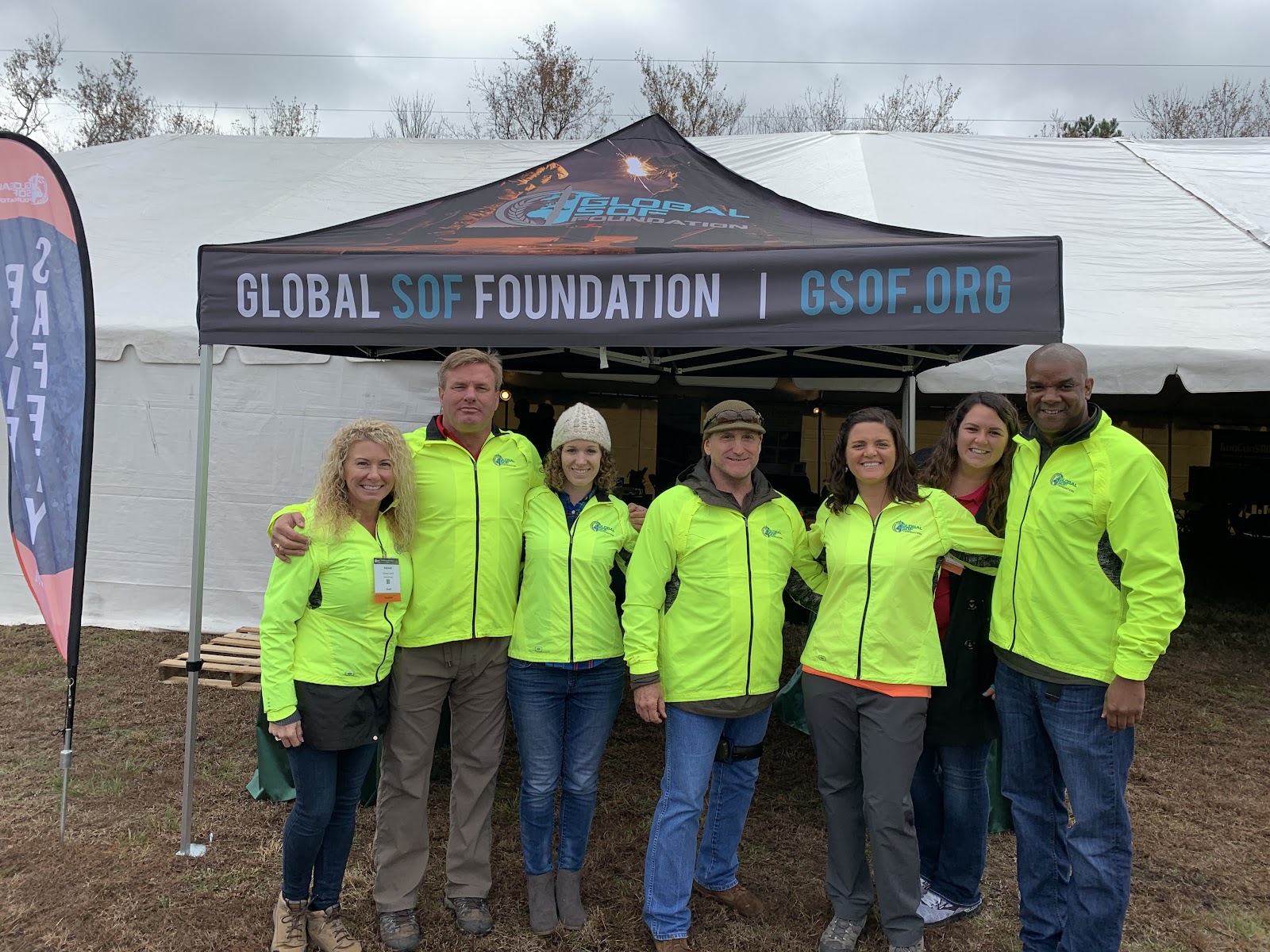 Not only did we look cool, but it also made a team rep VERY easy to find, even from across the range. So thank you to everyone who enjoyed them… we’re sure you’ll be seeing them again.

And we’ll see YOU all again on Wednesday, 20 NOV for the SOF for Life Seminar, half-day of Demo Days (part 2), and the Welcome Reception at The TapHouse.